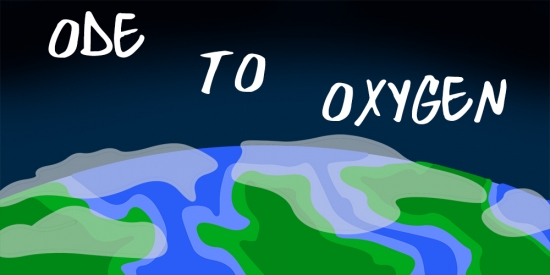 Atmosphere: the gases that surround a planet ... more

By-product: a second product that is made while you are trying to make a main, first product. ... more

Compound: made of two or more parts or elements ... more

Electron: a particle smaller than an atom that has a negative charge and is an important part of atoms ... more

Greenhouse gas: a gas that can absorb and give off energy in a certain wavelength; greenhouse gases are the main contributors of current climate change. ... more

Magma: the hot molten fluid that forms when rocks melt inside the Earth; once magma erupts and cools, it forms new volcanic rocks ... more

Ode: a poem or other writing, usually written to honor a certain person or subject. ... more

A long time ago, before humans, dinosaurs, plants, or even bacteria, Earth’s air had no oxygen. If we could time travel to that period, we would need space suits to breathe. Scientists think the air was mostly made out of volcanic gases like carbon dioxide. So how did the oxygen get there?

Where did Earth’s oxygen come from?

The oxygen atoms in Earth’s atmosphere were first formed in an old star, along with all the other elements that make up the Earth. When that star exploded (a supernova) all the elements spread out in space. They formed a hot gas cloud where our solar system is today. As the gas cooled, it condensed into rocky and icy planets around a new star, the Sun. 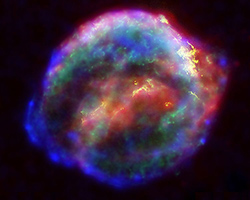 When Earth first formed, we think it was a hot, slowly cooling ocean of magma. This magma crystallized into rocks which formed the Earth’s crust. The rocks under the crust formed what we call the mantle. Because Earth was still very hot, rocks in the shallow mantle could sometimes melt and form magma. These small bodies of magma would often erupt out of volcanoes as lava. With time, these lava flows built up islands (similar to Hawaii or Iceland) and formed the first land to emerge from the ocean.

At this time, all of the oxygen was in the rocks, forming minerals we recognize today such as quartz (SiO2). Even though it was trapped, there was still a lot of it. Oxygen is actually the second most abundant element in the Earth, right after iron. While most of the oxygen was in rocks, some oxygen atoms formed water molecules (H2O) and carbon dioxide (CO2). These molecules came out of volcanoes as gases and formed the ocean and the atmosphere. All of this took place really quickly (geologically speaking) over the course of millions of years. 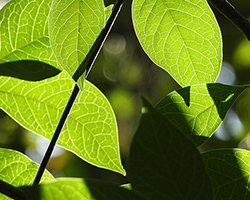 Today, oxygen is made from plants and algae using photosynthesis. Scientists still debate when bacteria began to use photosynthesis, but we think it was 1-2 billion years after the magma ocean cooled (2.5 – 3.5 billion years ago). These bacteria would have used sunlight, water, and carbon dioxide to make organic carbon for energy. They also would have produced oxygen molecules (O2) as a byproduct from breaking up water molecules. Even though they released oxygen, oxygen was toxic to them. But eventually, some mutations let the bacteria evolve to tolerate the oxygen.

Even after these bacteria were making oxygen, it took a long time for O2 molecules to build up in the atmosphere. Oxygen is very reactive – think of the rust that forms on cars, or a log burning in a campfire. Those things happen because O2 reacts with electron-rich compounds. Most commonly it reacts with metallic iron (like in older cars) and organic carbon (like in wood).

When oxygen was first building up in the atmosphere, it tended to react with rocks and volcanic gases to form rust (iron oxides) and to reform water and carbon dioxide. It was only when the carbon was buried in the ocean that O2 molecules reacted less quickly, which allowed them to start building up in the atmosphere. This process took a LONG time, nearly 2 billion years (4 billion years after Earth’s formation). Some researchers think that the Earth needed a bigger landmass before it could bury the carbon. Today, we can drill deep into the ground and find coal, oil, and natural gas. These are all forms of buried carbon which allowed O2 to build up in our atmosphere. As you can see, the processes that made the air we breathe took millions and even billions of years. While the levels of carbon dioxide and other gases have changed over time, the air you’re breathing right now is millions of years old.

Are we breathing the same air as the dinosaurs? 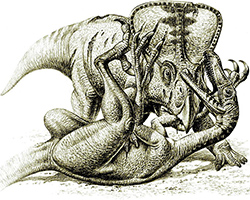 You take a deep breath, fill your lungs, and then let it out. Do you smell… dinosaurs? Well, if your smell is good enough, you might smell birds (which are kind of like living dinosaurs), but you won’t smell the dinosaurs you’re picturing. However, you might be breathing some of the same air that dinosaurs breathed millions of years ago.

Today, it takes about 6 million years for an O2 molecule to be made by photosynthesis and then to react with other elements to be taken out of the air. Weathering of minerals, burning wood, or even breathing could remove O2 from the air. For example, minerals such as pyrite (fool’s gold, FeS2) react with O2 to form new minerals. This process removes O2 from the atmosphere, while plants and bacteria are adding new O2. Over time, all the old O2 will be removed and slowly replaced by new O2 molecules.

The dinosaurs were last around about 65 million years ago, so the O2 in the atmosphere has been changed out about ten times since then. However, that also means that some atoms of oxygen may have been taken out as water molecules and used in photosynthesis all over again. In short, some of the air we’re breathing might actually be dinosaur air.

Read more about Ode to Oxygen 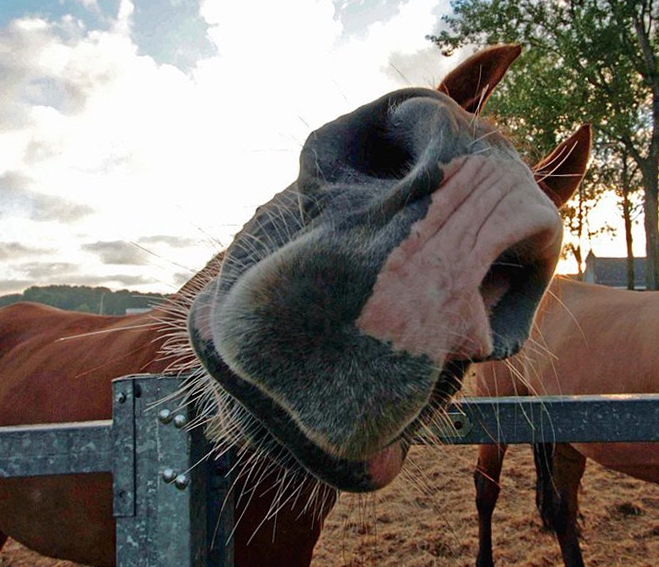 Oxygen is an extremely important part of life on Earth. All animals (no matter what angle you look at them from!) require oxygen to live.

Learn more about the importance of oxygen to animals in Ask A Biologist's story Focusing on Physiology.