How Are Diamonds Made?

Great question. But to answer that question, let’s first talk about diamonds a bit more generally. You probably see diamonds most often on necklaces, rings, or earrings, but did you know that they are regularly used for cutting and drilling tools? This is because they are the hardest naturally occurring mineral on Earth. 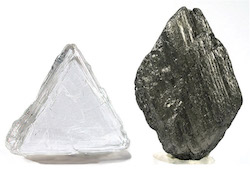 Surprisingly, these gems are made of only one element, carbon. Carbon is the same element that makes coal or graphite used for pencils. Why are diamonds transparent and hard while coal and graphite are opaque and soft? It all comes down to the placement of their atoms. In diamonds, each carbon atom is bonded to 4 other carbon atoms, while in graphite, each atom is only bonded to 3 other carbon atoms. The bonds in diamonds are held in such a tight structure that all light passes around them, which is why diamonds look transparent. In coal and graphite, light gets trapped between the atoms, which is why they look dark and opaque.

Where Are Diamonds Found?

These conditions happen around 200 kilometers (~125 miles) below the earth’s surface. However, we cannot reach that far with drills or anything else. Diamonds are actually found and collected near the surface, in special volcanoes called Kimberlites. 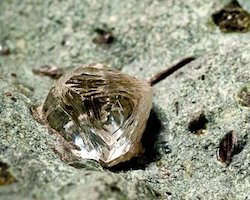 Volcanic eruptions happen when gas trapped at that depth gets too hot and starts expanding and rising. As the gas escapes towards Earth’s surface, the rocks and diamonds located around it will also be moved to the surface. But it can take up to 3 billion years to create diamonds under those conditions, and kimberlite eruptions do not happen frequently. The last one was 13 million years ago. But, material scientist can grow diamonds in laboratories.

How Do We Make Diamonds?

The process of making diamonds begins by cutting very small pieces of a real diamond to produce tiny scraps that are call waivers. These waivers are then placed in a metal apparatus that recreates the conditions we discussed earlier. After 2 weeks, the waivers grow into stones. The stones are then trimmed and polished to the classic diamond shape. So no need to wait for millions of years to get diamonds anymore! 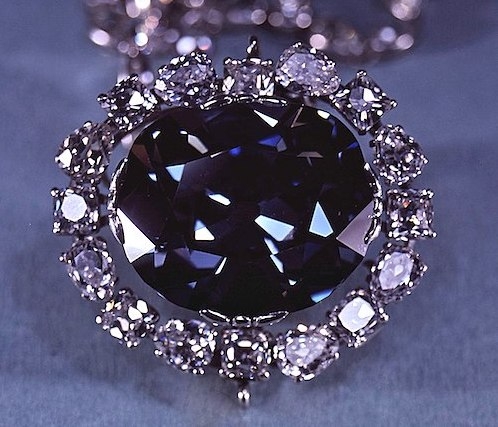 Natural diamonds are highly valued, even though it causes extreme environmental damage to find them. This is the Hope Diamond, one of the largest blue diamonds ever found. It is surrounded by a small circle of white diamonds in this piece of jewelry.