How Far Have We Gone into Space?

The farthest distance that people (and animals) have traveled into space is to (or around) the moon. However, when we consider other technology that has gone into space — without a person inside — we’ve gone much, much farther. Humans have sent out a number of these personless probes to explore and better understand space. These probes are controlled by NASA scientists on Earth. 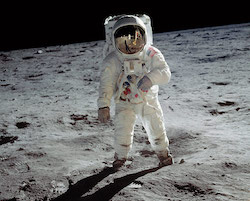 Before we talk about how far space probes have gone, it’s helpful to understand how distance in space is measured. Distances within the Solar System are measured using the astronomical unit (AU). 1 AU is roughly the distance from the Sun to the Earth. This is about 150 million kilometers (93 million miles). We can think about the sun as our zero point, where we count upwards in AU as we move farther from the sun and toward the other planets.

Traveling in space takes a very long time. In fact, it took 26 years for Voyager 1 to arrive at the edge of the heliosphere. This is a region of space, kind of like a bubble, that is created by the sun and contains our solar system. Here is a timeline of Voyager 1 travel: 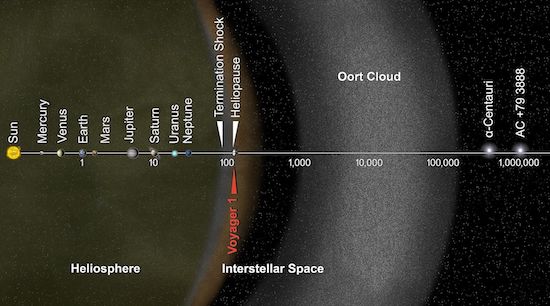 You can track Voyager 1 here, including how far it has traveled, its velocity, and what instruments it is currently using.

Scientists estimate that Voyager 1 will have enough power to continue its mission until about 2025. This gives it more time to explore farther into space and send back data. If Voyager 1 functions until that time, it will mean this probe had a lifespan of 48 years. 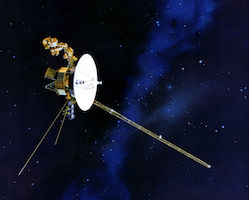 If still intact, Voyager 1 is expected to enter the Oort Cloud in about 300 years. Scientists believe that the Oort Cloud is like a giant shell that wraps around the rest of the Solar System. It’s kind of like an even larger bubble surrounding the heliosphere. It may also be where many of the comets that we see in our solar system come from. But scientists have never sent a probe there before now, so we don’t yet know for sure. 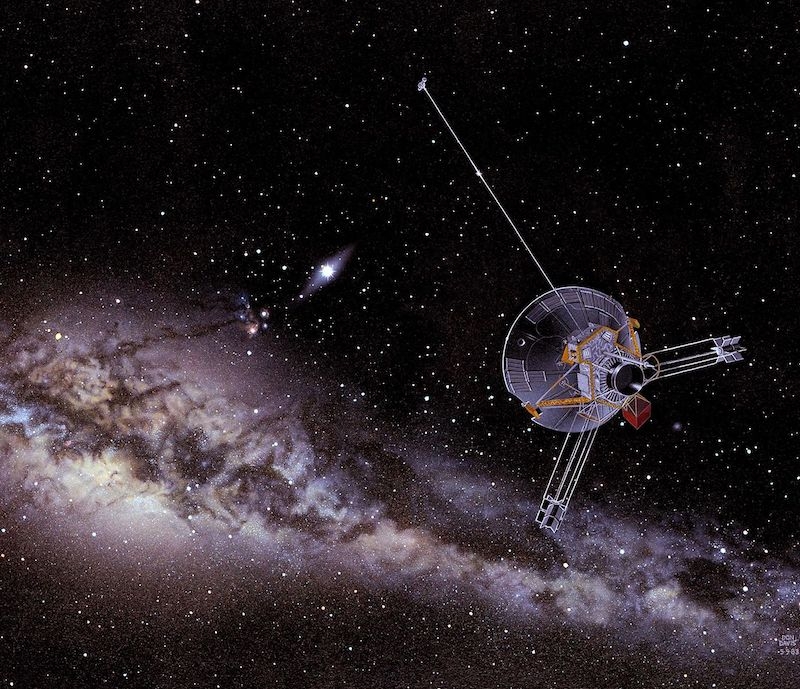 How far have we explored in space? We've sent spacecraft throughout the Solar System, and even have a couple that are exploring beyond it. Here is an illustration of a Pioneer spacecraft as it heads toward interstellar space.