Will the Sun Ever Stop Shining?

The sun is a star that formed about 4.6 billion years ago. Scientists believe that a giant spinning cloud of gas and dust began to collapse due to its gravity. Much of the material that collapsed came together to form the sun. Gravity continues to create pressure, pulling the material that makes up the sun toward its center. This pressure leads to very high temperatures. The core is about 15 million degrees Celsius (27 million degrees Fahrenheit). 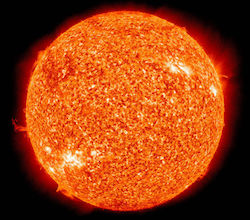 The sun is far larger than any of the planets, and is made up mostly of hydrogen. And the very hot temperatures cause these hydrogen atoms to form into helium atoms. This process (known as thermonuclear fusion) creates a great deal of energy. That energy is what produces all the sun’s heat and light. Heat and light move from the core of the sun very slowly through the sun's layers and toward the surface. And even while some of this heat and energy is lost during the process, the surface is still about 5,500 degrees Celsius (10,000 degrees Fahrenheit).

Eventually, the fuel of the sun - hydrogen - will run out. When this happens, the sun will begin to die. But don’t worry, this should not happen for about 5 billion years.

After the hydrogen runs out, there will be a period of 2-3 billion years whereby the sun will go through the phases of star death. Once the hydrogen runs out, our yellow dwarf star will begin to swell. It will swell to a size that will cause it to swallow Mercury, Venus, and Earth. It may even grow to overtake more of the planets. When the sun increases in size it will become a “red giant.” After this, it will lose many of its outer layers and eventually shrink to become a “white dwarf.” White dwarf stars are still very hot, but not nearly as hot as the sun is now. Finally, our star will fade out and become a “black dwarf,” where very little is left of its original form. Black dwarf stars are not hot and don’t put off any energy. 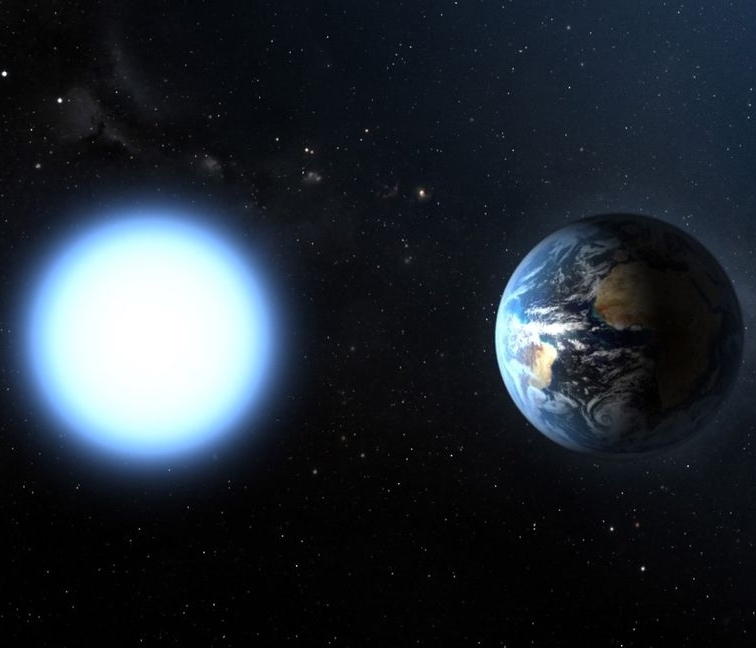 Billions of years from now, the sun will go through the process of star death. This illustration shows what one of those stages, a white dwarf, might look like.