Analogue: a location or object seen to be similar and comparable. ... more

Lander: a spacecraft capable of safely landing on a planetary surface. ... more

Orbiter: a space platform with analytical instruments and cameras orbiting a planetary body such as a planet or a moon. ... more

Planetary body: a planet or moon present in our solar system. ... more

Remote sensing: studying an object from far away, without physically touching it. ... more

Rover: a space exploration vehicle that can move around on the surfaces of planets, moons, or other objects in the Solar System. ... more

Technique: a way of completing a task or job.

Lava Flows on Other Worlds 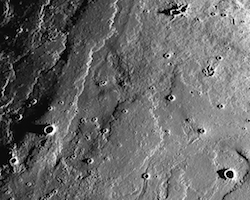 Looking up at full Moon on a clear night, you may notice bright and dark colored material on its surface. The dark colors are seas of lava flows that erupted millions of years ago. With a good telescope you could look at the surface of Mars and also see the dark signs of lava flows. Scientists have been able to image lava flows on the Moon and Mars using cameras on orbiters, landers, and rovers.

The Moon and Mars are not the only worlds to have lava flows imaged. Venus and Jupiter’s moon, Io, have also been studied by planetary scientists. These scientists have discovered that some lava flows appear similar to lava flows here on Earth.  A question came out of this finding: can we use the features of lava flow surfaces to predict how the lava erupted onto the surface of other planetary bodies?

Where on Earth are These Lava Flows?

One location on Earth where lava flows share similarities to Martian lava flows is Iceland. Iceland sits on the Mid-Ocean Ridge in the Atlantic Ocean and is a perfect location to study lava flows and volcanism. Another good location is at Craters of the Moon National Monument and Preserve in Idaho. These lava flows exhibit a wide range of surface features and have been used to study lava flows on the Moon.

How Can We Compare Lava? 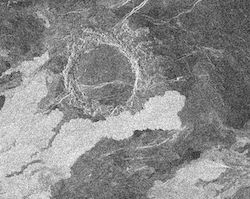 Because we cannot easily travel to Mars or the Moon, you may think it is impossible to study and compare the lava flows. But, scientists use remote sensing instruments such as “RADAR” to image and study the surface of lava flows on Mars, the Moon, and other planetary bodies. Using this data, scientists noticed similarities between lava flows on Earth and other planetary bodies. RADAR (RAdio Detection And Ranging) is a type of remote sensing technique that puts out radio waves to study the surfaces of planets and moons. The radio waves interact with surfaces and return either bright or dark radar signals. These signals can be used to create black and white maps of planetary surfaces. 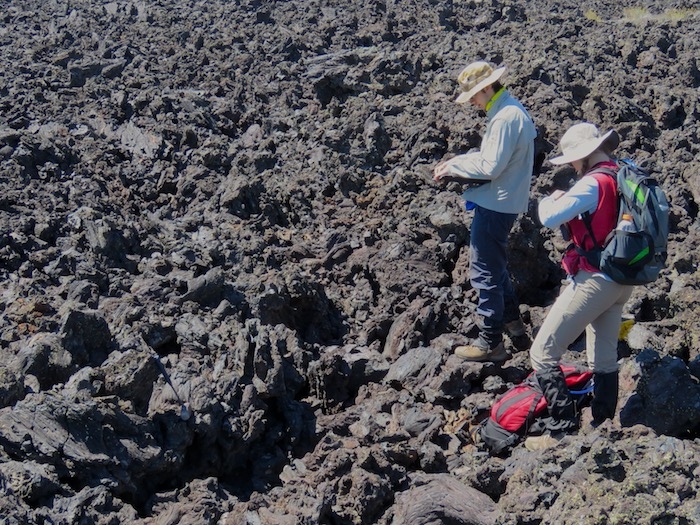 A rubbly pahoehoe lava flow at Craters of the Moon, Idaho. Under radar, the rubbly surface shares similarities with melt flows made by impact craters on the Moon, and with some rough lava flows on Mars.