Celestial: relating to the sky or space.

Comet: an small (<20 miles across) object in space made of mostly ice and rock that often has a tail of gas and dust when passing by the sun ... more

Meteor: a rock from space that travels through part of Earth's atmosphere.

Meteorite: a rock from space that lands on Earth ... more

Collisions, near-misses, fly-bys, and explosions, with lots of pauses in between. Our solar system is a very busy place. Right now, there are almost a million known small objects zipping around the Sun. Some of those objects include asteroids and comets.

These rules were adopted by the IAU in 2006 after heavy debate by scientists. In fact, they are still debated today. These rules establish the 8 planets of our solar system: Mercury, Venus, Earth, Mars, Jupiter, Saturn, Uranus, and Neptune.

Small bodies of the solar system

So what are the remaining roughly one million objects in our solar system? Scientists call these objects “small bodies”. The most numerous types of small bodies are asteroids and comets. Asteroids are generally rocky or metal objects. They come in all sizes… there are asteroids as small as a fist and ones nearly 600 miles wide.

Comets, on the other hand, are rocky with a significant amount of ice. They have jokingly been called “dirty snowballs”. They’re generally pretty small, and the largest we know of are only around 20 miles wide at the core. Spacecraft sent to explore comets, like the Rosetta spacecraft, have shown that they are pretty rocky… the ratio of rock to ice is greater than 3 to 1! 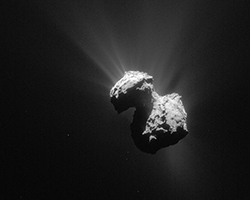 Another important difference between asteroids and comets are their orbits. Most asteroids orbit the Sun between Jupiter and Mars, and their orbits are generally circular, but some can be much more oval.

Comets generally have very large oval orbits that take them far away from the Sun. This is why they may only pass by once every several years or even decades. Because of the overlap in how asteroids and comets orbit the sun and what they are made of, the boundary between them can be very fuzzy.

From what we can see on Earth, major celestial events happen regularly. We watch annual meteor showers, where clouds of small grains pass through Earth’s orbit. We see the occasional comet light up the nighttime and morning skies. We hold our breath as near-Earth asteroids fly by our planet at thousands of miles per hour. 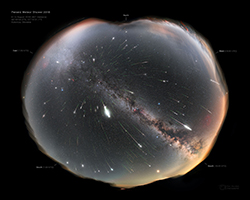 Comets and meteors have long been seen as bad omens. Sometimes they were imagined as the hair of a crying woman or a burning sword. The unease related to them may come from their irregularity.

Unlike the other members of the night sky (the stars and planets, which follow regular paths), comets and meteors can appear suddenly, be bright enough to cast shadows, and disappear just as quickly. 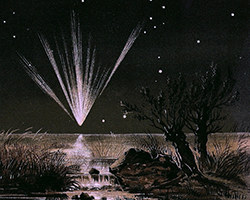 Observations of comets stretch back to the earliest parts of recorded history. The Epic of Gilgamesh (which is more than 4000 years old) references fire and burning rock falling from the sky in association with a comet. Many works of art over the last thousand years show comets or shooting stars as part of a terrifying event. This is probably because whenever a large meteorite fall does happen, it is accompanied by bright light, very loud sounds, and falling rock.

Our fear and fascination often go hand in hand. Humans have long been interested in material falling from the sky. Ancient cultures used iron meteorites to make metal tools and weapons. This happened long before we were able to mine these metals ourselves. Therefore, the metal meteorites were seen as holy.

Today, we have a much better understanding of asteroids, comets, and meteors. We often send spacecraft to explore asteroids and comets in our solar system. Instead of scary omens, we find them to be beautiful and unique objects that can teach us more about the universe. 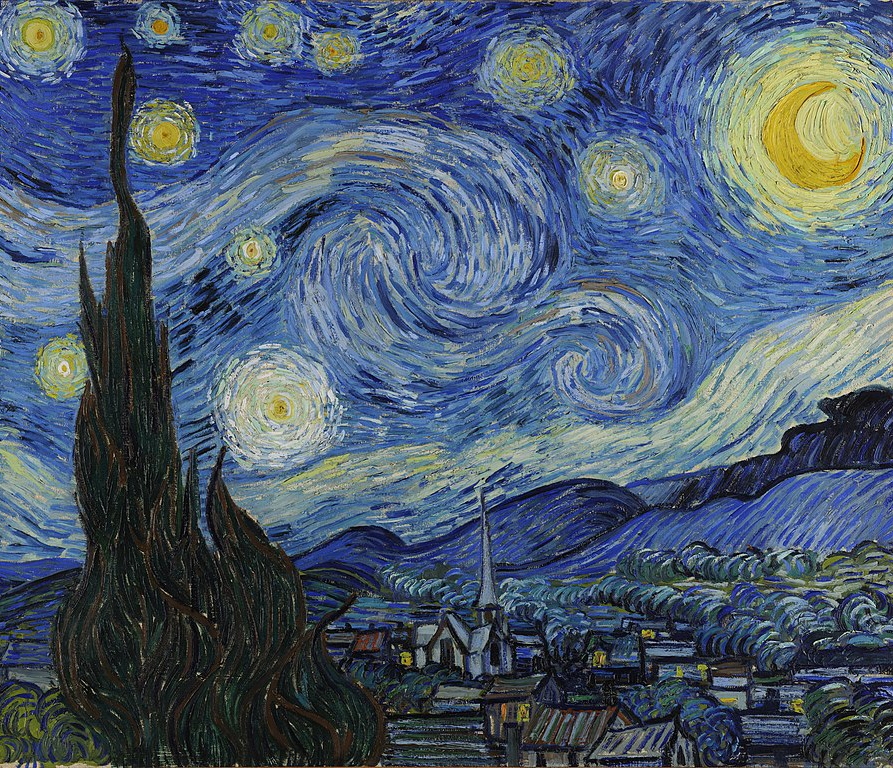 It seems people have always had a fascination with the night sky. Many stars are shown in Vincent van Gogh's Starry Night painting, but what other objects are there in space?