Celestial body: a planet, sun, or other object that exists in space. ... more

You look into the night sky, and see what you think is a shooting star. But the “star” and its tail don’t fade. They stay there, and you see them slowly moving across the sky every night for over a week. What you’re looking at is actually a comet. 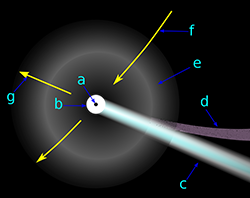 Comets are celestial bodies made of rock, dust, and ice. Most comets orbit the sun on huge ovals that stretch far into the outer solar system. Scientists have catalogued nearly 7,000 comets. However, because of their long orbits, we expect there to be many billions more far away from the sun in what scientists call the Oort Cloud.

When we see comets from Earth, we are really seeing the coma and tail. As comets approach the sun, they begin to warm and release gas and dust. This material floats freely around the comet. It is pushed outward, away from the sun. It’s kind of like wearing a scarf on a windy day. The direction the scarf blows (the comet’s tail) is the same as the direction the wind is blowing, not the direction you are walking!

Scientists use many of the same tools to study comets and asteroids. Using these tools, we’ve discovered that comets vary in what they are made of about as much as asteroids do.

Some comets are dominated by ice and frozen gas (like Halley’s Comet), and others are mostly rocky with some ice still left. Every time a comet passes the sun, it loses a portion of its ice. That means that most comets may change over time to have a more rocky composition overall. 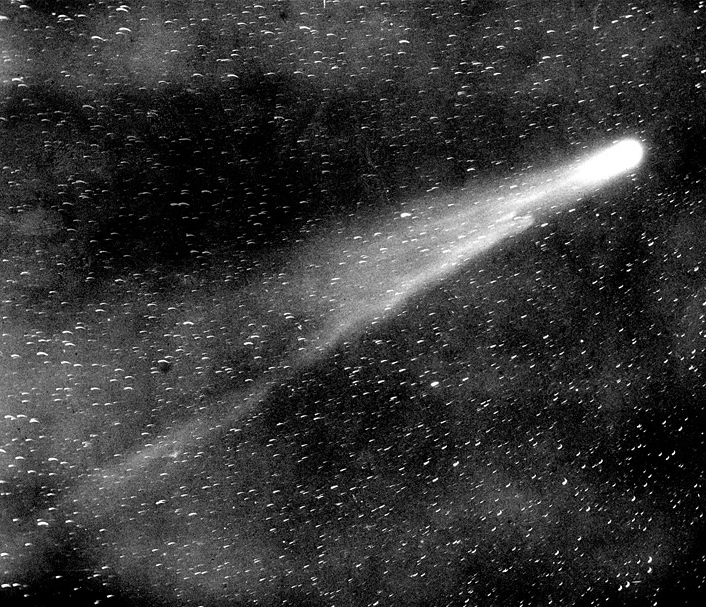 Every so often, we can see comets revisit our night sky. How are comets different from asteroids?