Asteroid belt: a region in our Solar System between Mars and Jupiter where the majority of asteroids that orbit the Sun can be found ... more

Carbon: one of the most common chemicals in the universe; all life we know of is carbon-based ... more

Celestial body: a planet, sun, or other object that exists in space. ... more 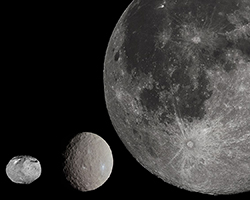 You look out the window of your spacecraft, and you see a new world passing beneath you. It's a dark grey sphere with pits and divots all over its surface. It almost looks like a miniature moon. But it isn’t circling any planet. This celestial body, about 940 kilometers (580 miles) across, orbits the Sun. It is called Ceres.

Ceres is the largest asteroid in the asteroid belt that lies between Mars and Jupiter. It orbits the sun once every 4.6 years. Ceres is both an asteroid and a dwarf planet, but it’s a unique bit of rock. 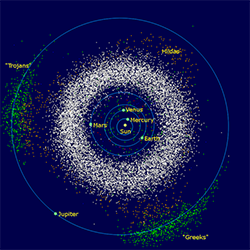 Asteroids are rocky and metallic objects that orbit the Sun, and that come in all kinds of shapes and sizes. Ceres, the biggest, contains about one-third of the mass of all the asteroids in our solar system. The smallest asteroids are larger than 1 meter (a little over 3 feet). Objects smaller than 1 meter are called meteoroids.

Most asteroids in the Milky Way are closer to the sun than the planet Jupiter. Jupiter’s orbit is about five times farther from the Sun than Earth’s orbit. Scientists call this region, within Jupiter’s orbit, the “inner” solar system. Within the inner solar system, asteroids orbit the Sun in several distinct areas. These areas include the asteroid belt (where most known asteroids orbit), the Trojan asteroids, and near-Earth asteroids. 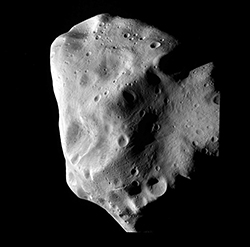 Today, we know that asteroids are made out of many materials. This knowledge has come from our direct observations of asteroids from the Earth, spacecraft missions we send to visit asteroids, and our study of meteorites. There are three general types of asteroids: carbonaceous, stony, and metallic. They are called C-type, S-type, and M-type asteroids.

The names are based on the type of material believed to make up most of the surface material: carbon-rich minerals, stony rocks, or metal. Within each of these broad categories, there are many more subtypes of asteroids. Scientists eagerly study what asteroids are made of. These studies continually reveal new information about how our planet and solar system formed billions of years ago.

Meteorites are the rocky, metallic, and carbon-rich materials that fall to the surface of the Earth from space. Because we know they came from space, we can use them to learn more about the other objects in our solar system. 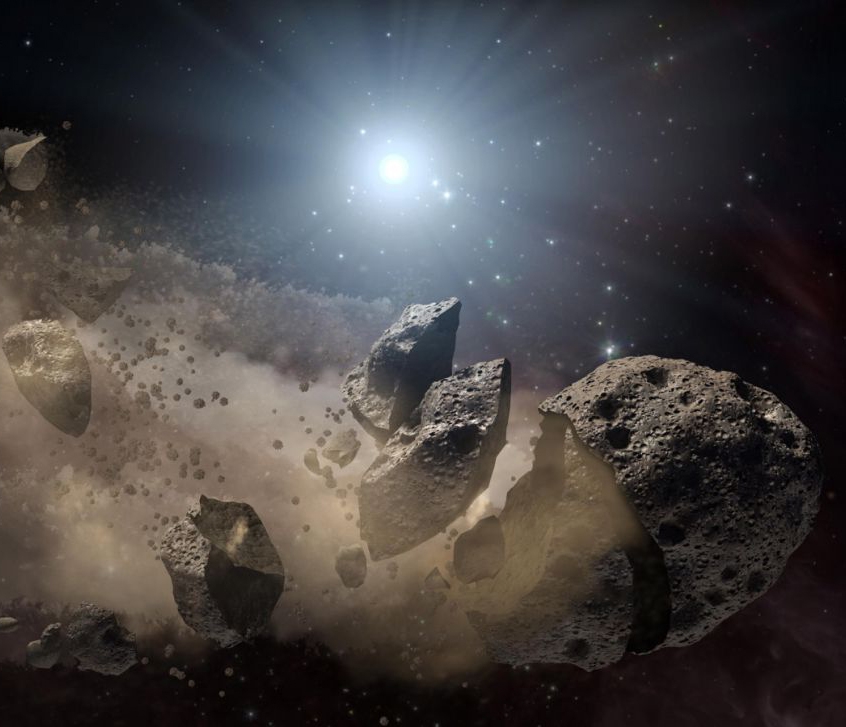 Asteroids orbit stars. The pull of a star can keep an asteroid in orbit, but in some cases it can also destroy the asteroid. We still have so much to learn about asteroids and other small bodies in space.